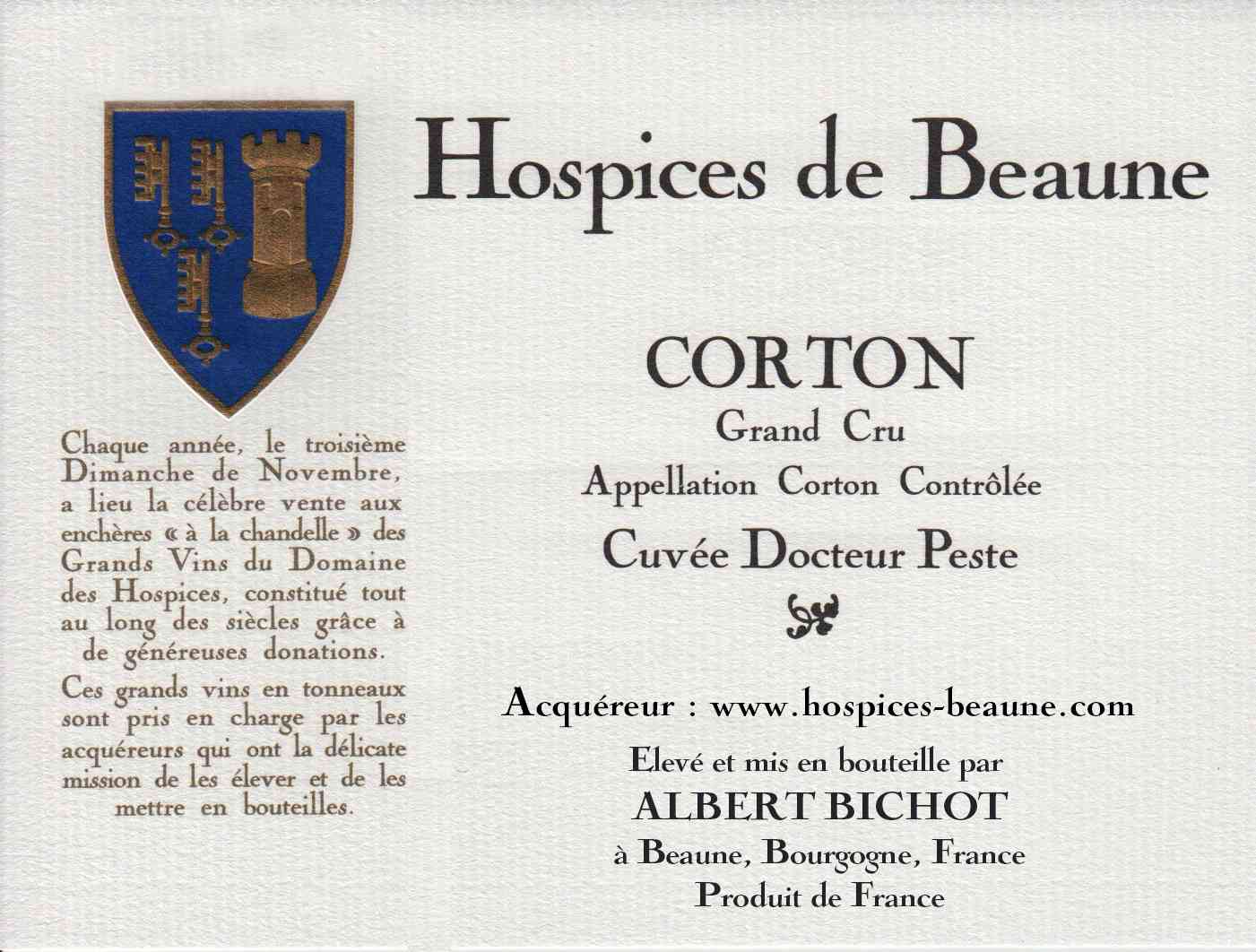 A very solid dense purple black colour indicates a wine of considerable intensity. The fruit is luxurious in quality, definitely showing some black-fruit notes, and full enough to match the firm structure of the finish. This is a powerful Corton with a real cellaring potential.

Jean-Louis Peste was a doctor at the Hospices de Beaune for 30 years in the mid-19th century. His daughter, Baroness du Baÿ, bequeathed a vast estate to the Hôtel-Dieu in his memory, in 1924. Made from 89% fully mature, or very old vines, this Cuvée comes principally (52%) from Chaumes et Voierosses, which is south and south-west-facing land. These vines were planted 4 times between 1976 and 1985. Les Bressandes, whose oldest vines date from 1940, with Les Grèves bring complexity, richness and balance to this Cuvée.