A (too much) unrecognised terroir. Silky and enjoyable 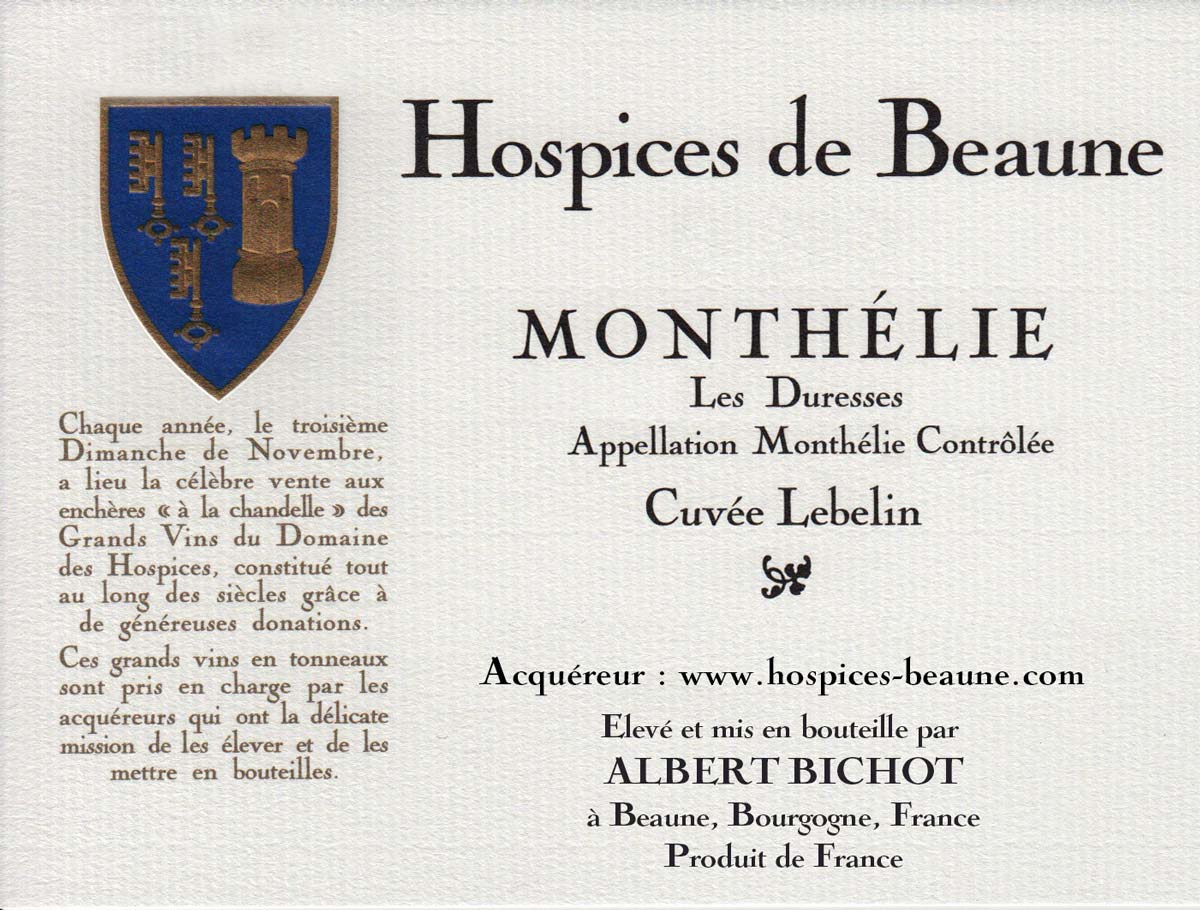 An aperitif with friends, with cured meats and charcuteries, shepherd's pie, Peking-style duck.

Etienne Lebelin was the first chaplain of the Hospice de la Charité, and one of many members of the family to be a benefactor. This is an old-established Beaune family – seven Lebelins became Mayor, in the century from 1531. Jean-Jacques and Marguerite Lebelin gave 10,000 livres – an enormous sum at the time – to the Hôtel-Dieu in 1704, which was very welcome. This was a dark period for Beaune, of frosts, bad harvests, famine and wars, as Louis XIV’s reign drew to a close. Half of the vines constituting this Cuvée were planted in 1950, with the balance dating from 1951-76.